If you’ve spent time looking for information about how to make fat loss faster and easier, there’s a good chance you’ve read about interval training. If so, you might have seen claims that interval training is “nine times” more effective than aerobic exercise in the so-called fat-burning zone at promoting fat loss. This, unfortunately, is a myth.

The claim is based on research published in the July 1994 issue of the journal Metabolism. Let’s take a closer look at what really happened. 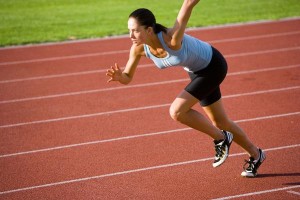 A group of 27 men and women started the study. They were assigned to one of two groups. The first group completed a 20-week aerobic exercise program, consisting of 30-45 minutes of cycling 4-5 times per week. Exercise intensity varied between 60-85% of the maximal heart rate reserve. The second group followed an interval training program lasting 15 weeks. This involved 25 30-minute sessions of cycling at 70% of maximal heart rate reserve. They also performed 35 interval training sessions.

It might surprise you to learn that neither group lost a significant amount of weight. The aerobic exercise group lost one pound, while the interval training group lost an average of just 100 grams. These findings are consistent with previous research showing that exercise alone doesn’t have a big impact on weight loss. You have to eat right too.

The researchers also used skinfold calipers to measure the loss of subcutaneous fat (the fat stored directly under your skin). The aerobic exercise group lost 4.5 millimeters of fat. The interval training group, on the other hand, lost 13.9 millimeters.

Using these figures, the interval training program was about three times better than the conventional aerobic exercise program. So, where did the “nine times more effective” claim come from? The figure is based on a calculation where changes in subcutaneous fat were corrected for the total energy cost of the training. This was done by expressing changes in the subcutaneous fat per megajoule of energy expended in each program. In other words, it isn’t an accurate reflection of what really happened in the study. 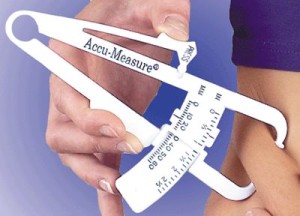 It’s also worth pointing out that there are many factors affecting the accuracy of skinfold measurements. More information about the strengths and weaknesses of the various body fat tests is available elsewhere on this site. Many people don’t realize that subcutaneous fat, just like muscle, stores water. And the water content of abdominal subcutaneous fat has been shown to increase with weight loss.

More interesting still, intense exercise causes a fluid “shift”, where fluid from other areas of your body is redirected into the active muscles. That’s one reason why your muscles look bigger the day after you train them. In other words, what appears to be a change in subcutaneous fat might simply represent a shift in body fluid. Until more accurate methods are used to track changes in body composition following a program of interval training, we can’t say for sure.

What’s more, when you look closely at the skinfold measurement results, the main reason for the greater loss of subcutaneous fat in the interval training group was a greater reduction in the limb measurements (the triceps, biceps and calves). Limb skinfolds actually increased by 1.9 millimeters in the aerobic exercise group. But they decreased by 5.2 millimeters in the interval training group.

I’ve done literally hundreds of skinfold tests. And I know from experience that it’s often very difficult to get an accurate reading from these areas of the body. In fact, when you look at the changes in the three skinfold measurements taken from the trunk, there wasn’t that much difference between the aerobic exercise group (- 6.3 millimeters) and the interval training group (- 8.7 millimeters).

So, what does all of this mean to you? It certainly doesn’t mean that interval training is not effective. Because it is. But the notion that it’s “nine times better” than other forms of aerobic exercise is definitely a “sexed up” version of the facts.