I viewed a rant online a few days ago and the topic was “Why do people switch from gym to gym, trainer to trainer, or program to program.” I thought about giving these people the answer but then I realized they wouldn’t understand it no matter how many times I edited the post, so I just deleted it. Before my explanation, I should give you a little history lesson on the Fitness Industry.

When the Fitness craze first began in the mid to late 70’s most of the people who participated were athletes or former athletes. You didn’t see the “Average Joe” or housewife giving it a try until Jane Fonda and her “Let’s get physical movement.” So fitness was already in full swing when I jumped on board at age 22 in 1986. What I noticed though, or at least at the Spa Health Clubs, is that we were actually teaching people about fitness and not just selling any of the latest fads and gimmicks. We didn’t sell personal training or sports supplements and vitamins and we didn’t prescribe any fad diets to ANYONE. We didn’t teach people how to run on any athletic style training program. I was taught that unless you are a licensed athletic trainer you were NOT allowed to teach or “SELL” anything that even resembled athletic training.

Everyone began with a Preconditioning program to work on strengthening ligaments and tendons and to build a good foundation to build on and most people did not progress to their “Results phase” of their program for about 90 days. Even with the moderately progressive programs that we taught, our members were amazed at how much their body changed from just beginning an exercise program. However, somewhere around the year 1990 more and more people were quitting their day jobs and picking up one of those personal training certificates after sitting in a meeting room at the Holiday Inn Express and poof they are now the next self-proclaimed weight loss and fitness guru. Okay, now that the history lesson is over, let’s explain “The Big Switch.”

Personal Training became a complete and totally different money-making entity within the Fitness business. So instead of joining your local health club and paying your $40-$80 per month, or the national average $57 per month as it was in the ’80s, the membership rates dropped substantially but your fitness program was NOT included. You see now, somebody is always inventing a better way for people that are ALREADY IN SHAPE, to get into better shape, even though human physiology has not changed in thousands of years. These programs are Now SOLD to everyone, even beginners and are causing the fit to get fitter, but the fat are getting fatter. This makes things even more confusing because people now think anyone can do anything regardless of their current physical condition, age or past and current medical history. The average Joe fitness enthusiast is disappearing.

You see there aren’t any regulations in the fitness business that are monitored by the government as in other businesses. Nobody has to be licensed, everyone is just outselling anything and everything to anyone that would buy it without any regard to if it’s what’s best for the individual that’s buying it. The fitness industry has been plagued by one-size-fits-all workouts in a box and on a videotape. Worse, is when everyone is expected to do the same thing, or keep doing more and more without following even the most basic rules of proper form, range of motion, or monitoring one’s heart rate during an exercise routine. People that work for multi-level marketing companies are even calling themselves “fitness gurus”. What is going on in this world?

In the 28 years that I’ve been working in fitness, virtually everyone that I meet only wants to lose a few pounds and trim a few inches, and they don’t know what to do, or who to turn to for any help. My mentor explained this to me back in the late ’80s better than anyone else: “When people step into a health club, they need help and they are at their lowest point emotionally, so they will believe whatever we tell them.” An unethical or uneducated person that works in fitness will just sell them what their boss tells them to sell, or what makes them the most money with the least amount of effort. My guess is that half don’t know that what they’re selling is wrong and the other half just don’t care. They don’t have any idea that a heavy person has to lose weight SLOWLY, using moderate exercise movements and by making slight modifications to their nutrition program. It takes a whole lot more energy for a heavy person to walk or perform any kind of exercise, so they only need to make a commitment to showing up 3 days a week and their weight loss should come mostly through proper nutrition and slow and controlled movements. 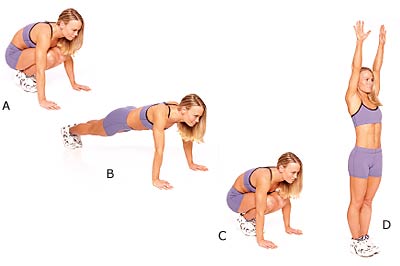 The latest and greatest exercises, regardless of what they are, are only for those who are ALREADY in some kind of reasonable shape. It hurts my head like you can’t imagine when I see people who are not in good shape, flying through their set on a machine or with dumbbells then dropping to the floor and doing push-ups or jumping jacks or burpees. This is “Athletic Training” or “Skilled Training.” Just because I’m a former powerlifter and bodybuilder doesn’t mean that I have ANY clients or members at The Crest that are training for competitions nor do they desire to look like or be as strong as one. Most importantly is that these young endurance athletes should not be showing anyone these fancy athletic training moves. There is a major difference between fitness training and athletic training, and as I mentioned, in the beginning, ALL the health clubs understood this in the ’80s, and we were here to TEACH Fitness…NOT SELL it. We sold memberships so you could participate in the programs were teaching that we included for FREE with your membership.

Results from your fitness program don’t come from what you do in ANY gym, it comes from your rest and your nutrition. If you’re sore, don’t work out. If you’re not going to follow a proper nutrition program for your workout program, don’t go balls out. It’s not going to get you there any quicker. You will get injured or you will lose valuable muscle tissue. The food that most people choose to eat is lacking in nutritional value, so you won’t have the energy to perform these rigorous routines. When you try to burn 1,000 or more calories per hour with that new program, you have to ask yourself: did I eat 1,000 extra calories in the past 3-4 hours that need to be burned in the next hour? Most people don’t even eat enough nutritious calories in the day to support their normal body functions, without adding even the most basic workout program. Burning more calories is not necessarily going to burn more or even any stored body fat. It’s NOT the same thing. People need to just choose a program they will do consistently for the rest of their life. Most people can only keep up with an intense program for so long, and if they used one of the new extreme programs to get into shape instead of a basic program, they will lose ALL of their results when they slow down or quit, plus gain about 20% more weight than what they had before they began. This actually forces people to always keep looking for the newest and latest, whether they are ready for it or not. Or what I call “The Big Switch.”