Dangers of The Low Carb Diet

Low carb (carbohydrate), high protein diets are the latest dieting craze. However, before you jump on the bandwagon, you may want to consider a few things: 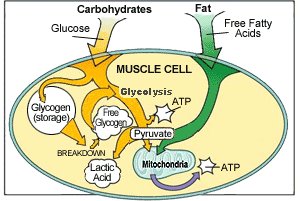 1. Low carb (ketogenic) diets deplete the healthy glycogen (the stored form of glucose) stores in your muscles and liver. When you deplete glycogen stores, you also dehydrate, often causing the scale to drop significantly in the first week or two of the diet. This is usually interpreted as a fat loss when it’s actually mostly from dehydration and muscle loss. By the way, this is one of the reasons that low carb diets are so popular at the moment – there is a quick, initial, but deceptive drop in scale weight. This is also why I am so against this way to lose weight. Glycogenesis (formation of glycogen) occurs in the liver and muscles when adequate quantities of carbohydrates are consumed – very little of this happens on a low carb diet. Glycogenolysis (the breakdown of glycogen) occurs when glycogen is broken down to form glucose for use as fuel. When I was a competitive Body Builder, I never wanted all the hard work that I had put in throughout the year to go to waste. So every Wednesday, which was my only lower carb day during the 16 weeks leading up to my contest, I would always check my ketone levels to make sure I wasn’t in ketosis, and I’d maintain my muscle right up to the night of the show.

2. Depletion of muscle glycogen causes you to fatigue easily, and makes exercise and movement uncomfortable. Research indicates that muscle fatigue increases in almost direct proportion to the rate of depletion of muscle glycogen. Bottom line is that you don’t feel energetic, and you exercise and move less (often without realizing it) which is not good for caloric expenditure and basal metabolic rate (metabolism).

3. Depletion of muscle glycogen leads to muscle atrophy (loss of muscle). This happens because muscle glycogen (broken down to glucose) is the fuel of choice for the muscle during movement. There is always a fuel mix, but without muscle glycogen, the muscle fibers that contract, even at rest to maintain muscle tone, contract less when glycogen is not immediately available in the muscle. Depletion of muscle glycogen also causes you to exercise and move less than normal which leads to muscle loss and the inability to maintain adequate muscle tone. Also, in the absence of adequate carbohydrates for fuel, the body initially uses protein (muscle) and fat. The initial phase of muscle depletion is rapid, caused by the use of easily accessed muscle protein for direct metabolism or for conversion to glucose (gluconeogenesis) for fuel. Eating excess protein does not prevent this because there is a caloric deficit. When insulin levels are chronically low as they may be in very low carb diets, catabolism (breakdown) of muscle protein increases and protein synthesis stops.

4. Loss of muscle causes a decrease in your basal metabolic rate (BMR). Metabolism happens in the muscle. Less muscle and muscle tone means a slower metabolism which means fewer calories burned 24 hours-a-day. Having a high (BMR) is your body’s natural way to keep you lean.

5. Your muscles and skin lack tone and are saggy. Saggy muscles don’t look good, cause saggy skin, and cause you to lose a healthy, vibrant look (even if you’ve also lost fat). We call this “Skinny Fat”. Losing weight the wrong way is not good and very hard to reverse the process. 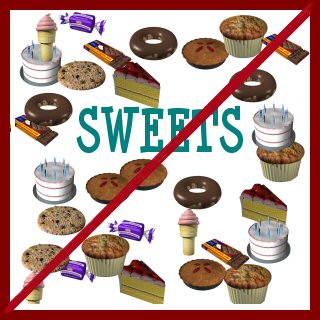 6. Some proponents of low carb diets recommend avoiding carbohydrates such as bread, pasta, potatoes, carrots, etc. because they are high on the glycemic index – causing a sharp rise in insulin. Certain carbohydrates have always been, and will always be the bad guys: candy, cookies, baked goods with added sugar, sugared drinks, processed/refined white bread, pasta, and rice, and any foods with added sugar. These are not good for health or weight loss. However, carbohydrates such as high fiber, low sugar fruits, vegetables, legumes, sweet potatoes, whole-grain bread and pasta, and brown rice are good for health and weight loss. Just like with proteins and fats, these carbohydrates should be eaten in moderation. Large volumes of any proteins, fats or carbohydrates are not conducive to weight loss and health. The effect of high glycemic foods is often exaggerated. It does matter, but to a smaller degree than is often portrayed. Also, the total glycemic effect of foods is influenced by the quantity of that food that you eat at a sitting. Smaller meals have a lower overall glycemic effect. Also, we usually eat several types of food at the same time, thereby reducing the average glycemic index of the meal, if higher glycemic foods are eaten. Also, glycemic index values can be misleading because they are based on a standard 50 grams of carbohydrate consumed. It wouldn’t take much candy bar to get that, but it would take four cups of carrots. Do you usually eat four cups of carrots at a meal? Regular exercisers and active people also are less affected by higher glycemic foods because much of the carbohydrate consumed is immediately used to replenish glycogen stores in the liver and muscle. By the way, if you’re interested in lowering insulin levels, there is a great way to do that –moderate exercise and activity.

7. Much of the weight loss on a low carb, high protein diet, especially in the first few weeks, is actually because of dehydration and muscle loss.

8. The percentage of people who re-gain at least 20% more weight than they had before they began, with most methods of weight loss is high, but it’s even higher with low carb, high protein diets. This is primarily due to these factors:

9. Eating too much fat is just not healthy. I know you’ve heard of people whose blood levels of cholesterol and triglycerides have decreased while on a low carb, high protein diet. This often happens with weight loss, but it doesn’t continue when you’re on a diet high in fat. There are literally reams of research over decades, which clearly indicates, that an increase in consumption of animal products and/or saturated fat leads to increased incidence of heart disease, stroke, gall stones, kidney stones, arthritic symptoms, certain cancers, etc. For example, in comparing countries with varying levels of meat consumption, there is a direct relationship between the volume of meat consumption in a country and the incidence of digestive cancers (stomach, intestines, rectal, etc.).

Fat is certainly necessary, and desirable in your diet, but they should be mostly healthy fats and in moderation. Manufactured or synthetic “low fat” foods with lots of added sugar are not the answer. Neither are manufactured or synthetic “low carb” foods with artificial sweeteners or added fat. By the way, the use of artificial sweeteners has never been shown to aid in weight loss and they may pose health problems. According to Dr. Keith-Thomas Ayoob (pictured) of Albert Einstein College of Medicine in New York, “In my experience, unless you’re willing to throw out decades of research, you cannot ignore that diets chronically high in saturated fats are linked to heart disease,” Dr. Ayoob is also a spokesman for the American Dietetic Association and says that low carb, high protein diets are an attempt at a quick fix and not a long-term lifestyle change.

10. As someone recently told me, “it must work – people are losing weight”. People that are truly losing fat on lower carb, higher protein diets, are doing so because they are eating fewer calories – that’s the bottom line. There is no magic – the same can be done on a healthy diet.

11. Low carb diets are lacking in fiber. Every plant-based food has some fiber. All animal products have no fiber. A lack of fiber increases your risk for cancers of the digestive tract (because transit time is lengthened) and cardiovascular disease (because of fibers’ effect on fat and cholesterol). It also puts you at a higher risk for constipation and other bowel disorders.

12. Low carb diets lack sufficient quantities of the many nutrients, phytonutrients, and antioxidants found in fruits, vegetables, legumes, and whole grains necessary for health and aiding in the prevention of cancer and heart disease. In fact, you need these nutrients even more so when you’re consuming too much fat as is often the case on a low carb, high protein diet.

13. Americans already consume more than twice the amount of protein needed. Add to that a high protein diet and you have far too much protein consumption. By the way, most people don’t realize that all fruits, all vegetables, all whole grains, and all legumes also contain protein. Animal products contain larger quantities of protein, but that may not be a good thing. Excess dietary protein puts you at a higher risk for many health problems: gout (painful joints from high purine foods which are usually high protein foods), kidney disease, kidney stones, and osteoporosis (excess dietary protein causes leaching of calcium from the bones). By the way, countries with lower, healthier intakes of protein also have a decreased incidence of osteoporosis.

14. Low carb, high protein diets cause an unhealthy physiological state called ketosis, a type of metabolic acidosis. You may have heard the phrase, “fat burns in the flame of carbohydrate”. Excess acetyl CoA cannot enter the Krebs Cycle (you remember the old Krebs Cycle) due to insufficient OAA. In other words, for fat to burn efficiently and without the production of excess toxic ketones, sufficient carbohydrate must be available. Ketosis can lead to many health problems and can be very serious at its extreme.

15. Bad breath. Often called “keto breath” or “acetone breath”, is caused by the production of acetone in a state of ketosis. So why the low carb, high protein craze? I believe there are several reasons.