What can I say about 2014…Am I glad it’s over? Not really; I made a ton of progress on some of my life goals. The years between 2010 and 2012 were so bad for me that I even let it affect my health (but only a little.)I quickly dialed my missteps back in and regained my motivation for continued health and wellbeing. I feel I am not ready to leave planet Earth. My job here is not complete. 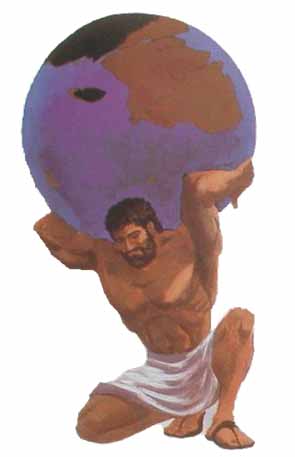 I remember when I learned about Greek mythology in elementary school I had a dream that the Earth was falling and it was my job to hold it up. My brother Mike and I had bunk beds and I had the top bunk, I woke everyone in the house up that night when I was screaming that I couldn’t hold it up any longer, as I was pushing on the ceiling. I guess from that day forward I’ve felt like it was my responsibility to take on all the problems of a man like I was some kind of Super Hero.

One of my uncles told me a long time ago, that before you can take care of anyone else, you must take care of yourself first, and don’t let anyone EVER see you when you’re not at your BEST. I guess I forgot about this when I decided to go into business for myself. I started my own Fitness Club, not because of the financial reward but because I saw too many of the flaws in how fitness is being “SOLD.” I saw way too many “unhappy members.” I don’t want unhappy members. I only want happy members or happy non-members.

When I learned about fitness sales back in the ’80s, I was taught that selling is nothing more than the transference of your feelings and beliefs to help someone get what THEY want. The problem I discovered is that fitness really shouldn’t be sold. It should be taught, and the people who teach it should have similar knowledge and education that their doctor may have. They should have to adhere to the same standards and regulations of any other profession in the United States. With so many regulations that our government has on every other industry in the U.S., I guess the average American assumes they enforce the same for personal trainers, fitness/nutrition programs and sports supplements. The truth is they don’t, and I have a real problem with this – I know I shouldn’t, but I do.

January brings out newbies to fitness and those who have let their fitness go by the wayside. This January 2015 marks my 27th January in the fitness industry as I started around March of 1986. I myself was unemployed and out of shape, and only getting a few spots as an extra and some stunt jobs in the movie industry. I took a part-time job taking care of the pools and the locker rooms at The Spa Health Clubs, but that didn’t last long, I was filing exercise cards and helping people with their workouts. Members started bringing all their friends in to see me and I became a threat to all the commissioned salespeople because I was there to help everyone. All shapes and sizes, all ages, both genders and all races. I didn’t care. I learned everything I could about how to change people’s lives through a healthy and balanced fitness program. I was soon in charge of the “sales process” of enrolling people in a membership in the Wilmington market but I always had a confrontation with the corporate office.  I had my own approach that was much different than the old school way.

I even left the industry for about 3 months in 1991, because it took too much time out of my life to do it the right way, to be there for the people you enroll, to make sure they followed the steps without skipping any. It was like adding 1000’s of people to my family. My family life suffered immensely and probably still does but I soon realized I didn’t really want to do anything else but hang out in the gym. Imagine that, the little band geek/nerd turned into a gym guy. “Just when I thought I was out, they pulled me back in”.

I moved to Raleigh and I learned everything I could about fitness and the business of fitness. I competed in strength, bodybuilding and physique. I helped with the expansion of 2 health clubs by adding free weight rooms. I helped my powerlifting coach start a chain of gyms. I’ve worked for a national franchise, and I’ve owned a national franchise (with investors), and was even invited to the 25th-anniversary party of the filming of the movie “Pumping Iron” but it still didn’t feel right. I still felt like I was being forced to “Sell” and not “Teach” fitness.

So now Wanda and I call the shots…ALL of them. We have our own little niche at The Crest. We’re a boutique health and fitness club, you could say. Our trainers are educated and teach fitness, but we still have to work on getting the sales up on the board. So if you want to know “the truth” and “learn” how to participate in a fun, balanced and healthy fitness program: come to The Crest. If you’re tired of working out in the “Big Box” where everyone is consumed by how they look, and they follow every scam, fad and gimmick just to get you to sign on the line: Come to The Crest. If you’re tired of not being healthy spiritually, mentally or physically: come to The Crest. I know, I’ve been there as a competitor. You may love the way some of the trainers and competitors look at these other places but do you think they really tell you the truth about all the unhealthy things they do, and what it really takes to look the way they do, or how unbalanced most of their lives’ are?